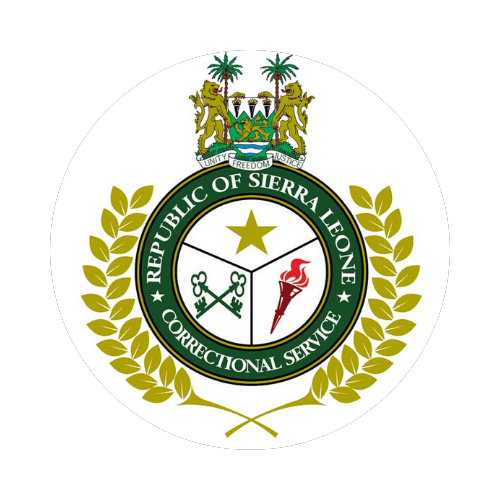 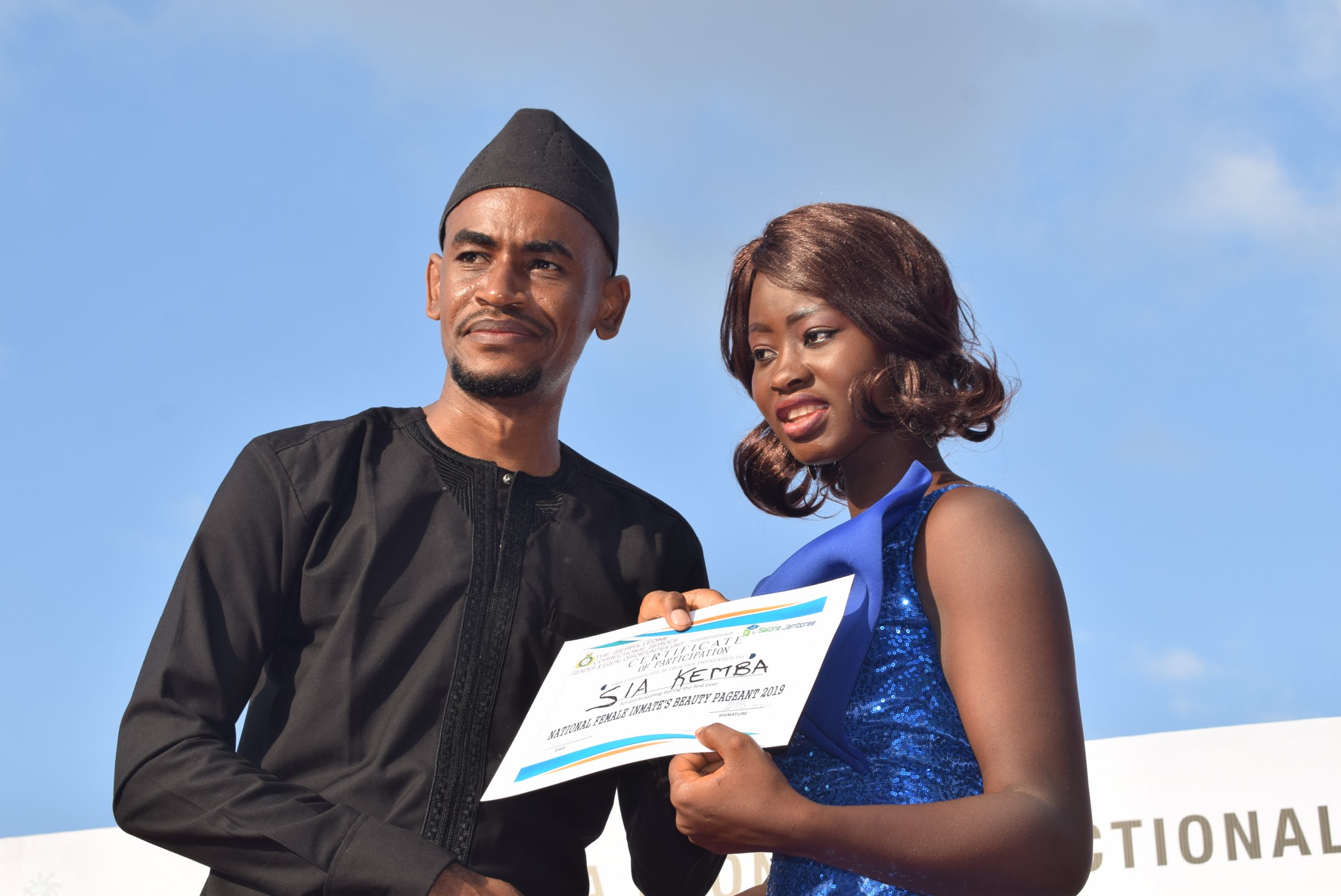 The winner of the first Sierra Leone Correctional Service Beauty Pageant, 15th November 2019- Sia Kemba (from the Bo Correctional Centre) said her highest aspiration in life “is to make other people’s lives better”.

Sia explained that she had always had the feeling that she would come out top of all the other nine contestants, because right from the training, she excelled.

The Corrections Beauty Queen was born in the year 1999, in Kangamagowahun, Kono District (East). She used to live with both her parents, until she lost her mother in 2011. That situation forced her to move down to Bo District (South) to settle with one of her paternal aunts, who saw to it that she got admitted into one of the Junior Secondary Schools in Bo, where she obtained Junior School level 3 education.

Miss Kemba, like every other normal child did routine house chores for her aunt and helped her (aunt) in petty trading as well, to bring some income into the home. 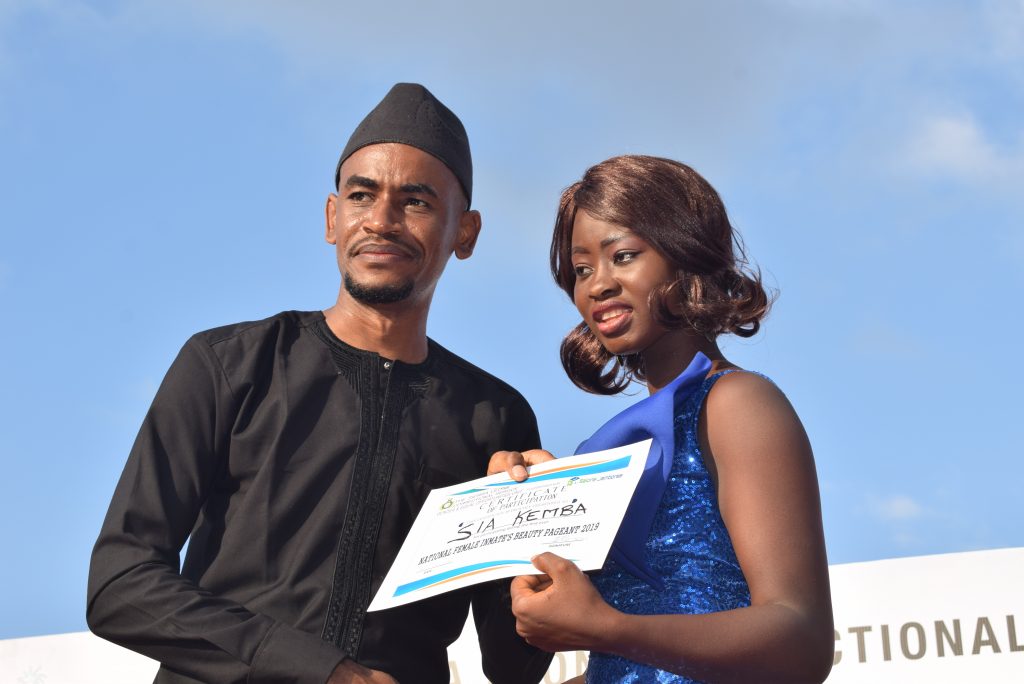 Everything seemed to be moving in the right direction, until she came in contact with one young man in Bo, a commercial bike rider. He wooed her, ended up succeeding, and impregnated her in 2016. By then, she was seventeen (17) going on eighteen (18) years, and had just sat to the Basic Education Certificate Examinations (BECE).

The circumstance forced her aunt and some other family members to summon to their home, the man who had impregnated her, so he could own up to the pregnancy. When that was out of the way, Sia was asked to go and cohabit with the man. She stayed with him until she put to bed, onwards.

When the child was ten (10) months old, she and the father of the child, had a fight: “One evening, I was home, sitting outside with some friends and neighbours. We were having fun discussing different things. Around 9pm, my child’s dad came home with another woman, and passed with her in front of me. I wondered what was happening, because he and I hadn’t any misunderstanding that day. I approached him in a wrong manner, so he got angry and started beating me like some Judas dummy.”

Asked if she had been seeing him with other ladies before the incident, she said “yes”, adding she had been ignoring him, so that peace could reign between them.

The twenty (20) year old Corrections Beauty Queen recalled that the day he brought another woman into their home was the highest height of his womanizing. Her anger reached fever pitch, especially when he hit her indiscriminately, until she almost became unconscious.

“People tried to put an end to the fighting, but I had already picked up a knife- like metal which I slotted into his left side rib. His body started oozing blood. He was rushed to the hospital, but he couldn’t survive beyond the following morning. It then dawned on me that I had taken the issue too far. I was immediately repentant, and wished that I could turn back the hands of time.”

She was arrested by the police; sent to court, where she pleaded guilty to the crime of manslaughter, and was sentenced to five years in jail, in late 2017. She was incarcerated at the Bo Female Correctional Centre, without her child though. According to her, the child was snatched from her care by the child’s paternal relatives. They told Sia that she will never lay a finger on the child anymore, calling her a “witch”. The child is now two years, plus. 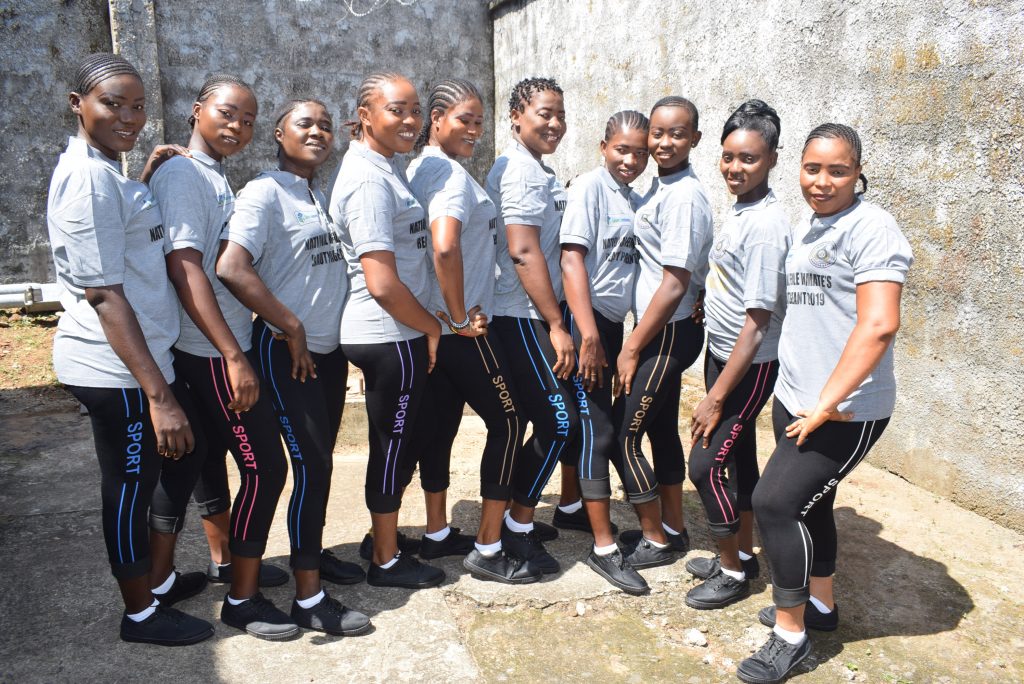 “I miss my child, and I am deeply worried that I might never feel the warm embrace of my child again; my relatives informed me that they have been going there to see the child but they have not been getting the kind of reception they would have wanted, so they stopped,” she lamented, as tears rolled down her cheeks.

Miss Kemba has been in Bo all the while, until she was spotted for the 2019 Miss Correctional Beauty Pageant. The escort unit in Bo brought her down to Freetown, three weeks before the contest, so she and her co- inmates could be properly schooled in pageantry.

On the D- Day, the program started around 1pm, by then guests had already arrived with high anticipation of a fun filled day, so they didn’t mind waiting. Famous artistes like Arkman, Steady Bongo, Wahid, and others performed live, on voluntary basis. On top of it all, the Africa Young voices Media Empire livestreamed the program on both their TV channels and on their Facebook page as well. People from all over the world watched the entire program. The program was blessed, to say the least. It will go down in history as first of its kind in West Africa, and second in Africa, after Kenya. The program has made the SLCS become the cynosure of all eyes.

Bank accounts have been opened for the four of them at the Rokel Commercial Bank. Their cheque books will be in possession of the Female Correctional Centre’s welfare officer. Should the inmate(s) need to make use of the money to buy something or to give to a relative or a friend, the inmate(s) will sign the cheque book indicating the amount they want to be withdrawn, for the welfare officer to go and cash it.

While she was being crowned winner, tears flooded down Miss Kemba’s cheeks. She said it was tears of joy and sadness, because she remembered what brought her into the centre. Remorseful, Sia revealed that one should never think of doing what she did.

“It’s not something I am proud of. It’s stigmatizing, and it has stained my conscience. I just hope that people will use my experience to stay away from bad behaviour. When I get out of here, I’ll spend most of my time motivating people to achieve what they will.”

Sia Kemba Said she does not have any plans for the money yet, “but I have intentions of helping my child buy some schooling materials, if my late spouse’s relatives demand it so; I also intend to go back to school and finish. After which, I will go on and become a military officer”. 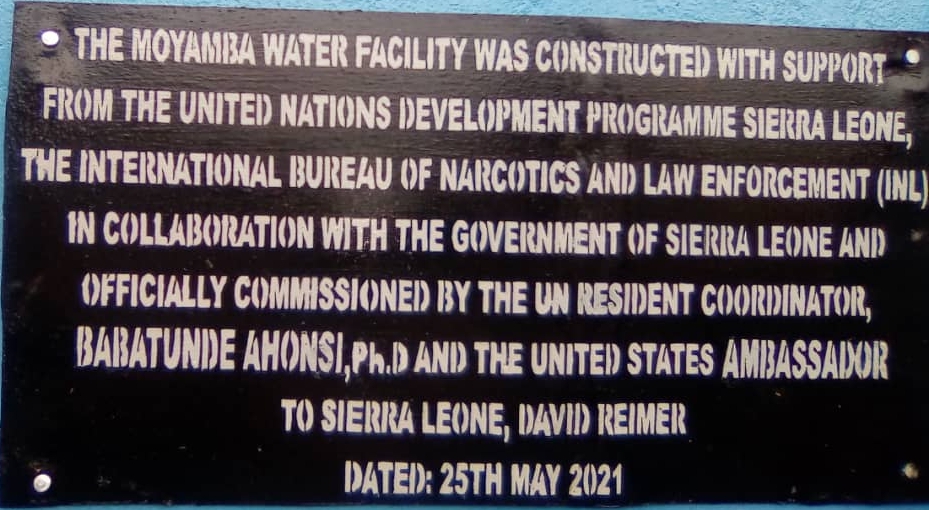